Laborers – both black and white – carved Quitman County out of the dense forests of the Mississippi River bottomlands early in the 20th century. For years the county grew as an agriculture community, based heavily on black sharecroppers working in the cotton fields during the Jim Crow era.By mid-century, machinery replaced laborers in the fields and people moved out of Quitman County to find opportunities elsewhere. Industry also left the area, leaving behind brown fields, empty storefronts, and a crumbling economy.

In recent years, the population of Quitman County declined more than 27%, from 10,117 in 2000 to an estimated 7,349 in 2016. The racial makeup of the county is predominantly split between Black (about 69%) and White (about 29%). Like most other counties in the Mississippi Delta, too many families live in poverty. In 2010, almost 40% of the families living in the county were below the poverty line, including about 43% of children under the age of 18.

Statistics and history, however, do not tell the full story of Quitman County. Since 2017, Marks Project members have met monthly to create a new future for Quitman County, a future that enables its children to thrive. It provides a voice for community members dedicated to pursuing a better future for its residents.

The mission of the Marks Project is to enable Quitman County to grow by empowering its residents with the resources, education, and skills they need to thrive.  The Marks Project creates sustainable partnerships with public and private entities. Together, we raise awareness and understanding of the issues rural communities face and work to find solutions.

We want Quitman County to be a place to call home.

Make a tax-deductible contribution to the Marks Project through the Community Foundation of Northwest Mississippi, under which we have 501(c)(3) status. … END_OF_DOCUMENT_TOKEN_TO_BE_REPLACED 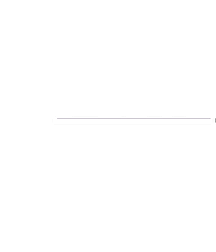